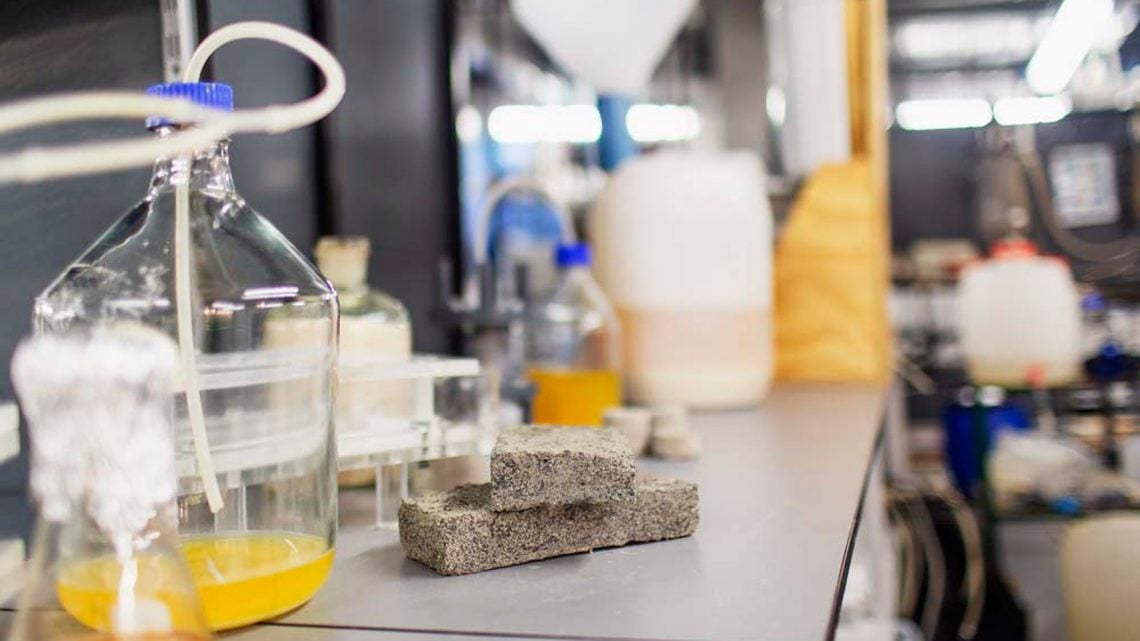 7 November 2018 Off By The Engineering Community

University of Cape Town researcher Suzanne Lambert has created a zero-waste building material made with human urine, which hardens at room temperature, as an alternative to environmentally taxing kiln-fired bricks.

Lambert, a masters student in civil engineering, used recovered human waste and living bacteria to make the bricks, which can be fabricated in different sizes, shapes and strengths.

She believes the bio-bricks could be a real alternative to traditional bricks, which are heated at temperatures of more than 1,000 degree Celsius, producing huge carbon dioxide emissions.

“I see so much potential for the process’s application in the real world,” said Lambert. “I can’t wait for when the world is ready for it.” 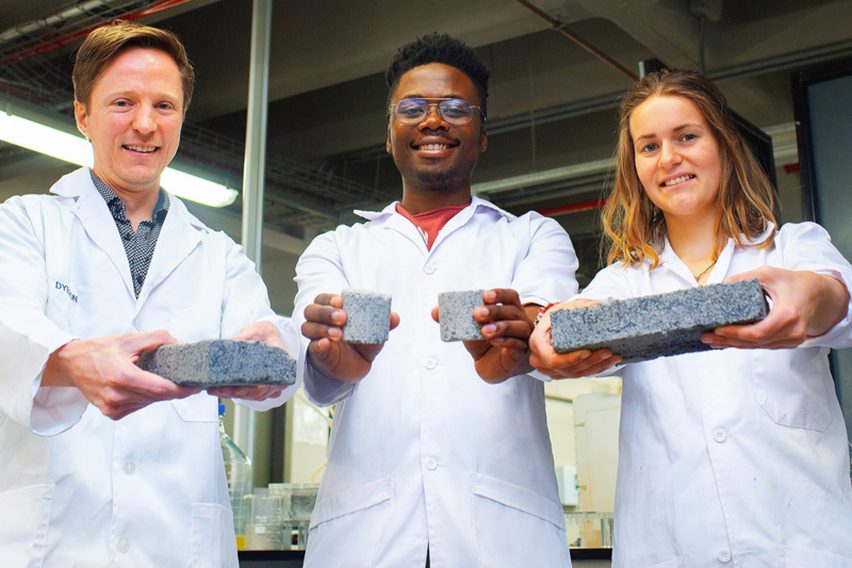 The process utilised is called microbial carbonate precipitation, which Lambert’s supervisor at the University of Cape Town (UCT), Dyllon Randall, likens to “the way seashells are formed”.

Human urine, loose sand and a bacteria that produces the enzyme urease are combined in a brick-shaped mould. The urease triggers a chemical reaction, breaking down the urea in urine, while producing calcium carbonate — aka limestone, the main component of cement.

This solidifies the bricks, and the longer they’re left in their moulds, the stronger they get. 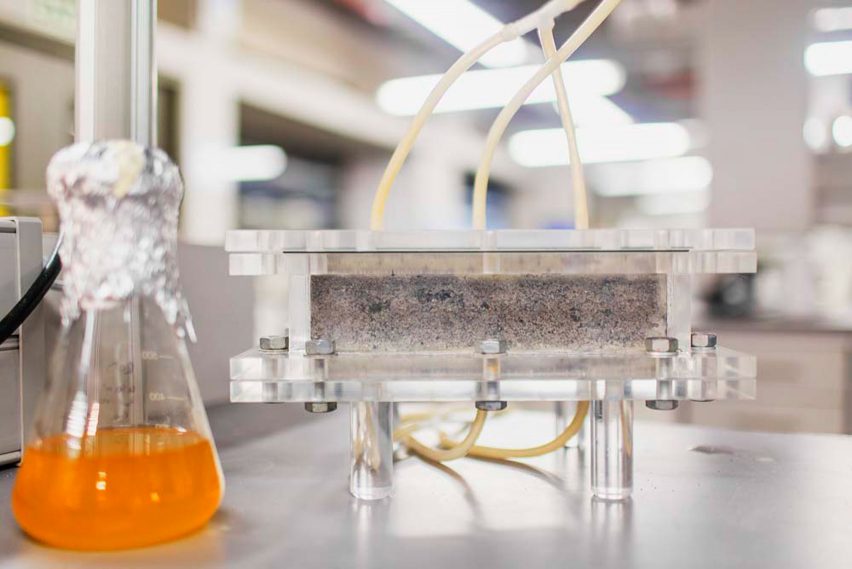 The bricks are created with human urine, loose sand and bacteria

“If a client wanted a brick stronger than a 40 per cent limestone brick, you would allow the bacteria to make the solid stronger by ‘growing’ it for longer,” said Randall.

“The longer you allow the little bacteria to make the cement, the stronger the product is going to be. We can optimise that process.”

Lambert builds on previous work, and particularly credits the foundational research by Jules Henze, a Swiss student who spent four months working with Randall on this concept in 2017. Testing was conducted with the help of UCT civil engineering honours student Vukheta Mukhari.

In contrast to previous efforts, Lambert’s product is the first of its kind to be brick shaped, and also the first to use human urine instead of a synthetic compound. 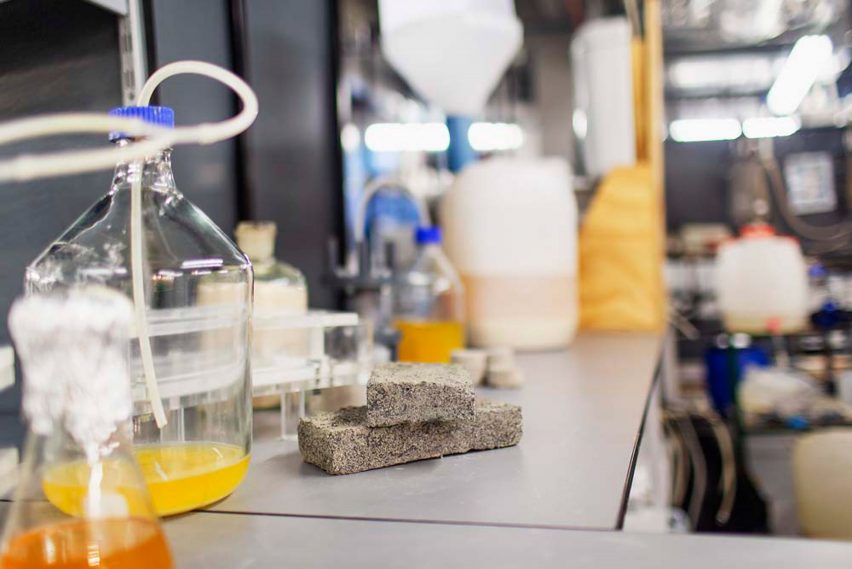 Designed as an environmentally friendly alternative to traditional bricks, the bio-bricks harden at room temperature

This was important to the UCT team, who wanted the bricks to be part of a holistic waste recycling effort. The bio-brick process creates nitrogen and potassium — good for fertiliser — as by-products, and is ultimately zero-waste with 100 per cent of the urine converted into something useful.

“No-one’s looked at it in terms of that entire cycle and the potential to recover multiple valuable products,” said Randall. “The next question is how to do that in an optimised way so that profit can be created from urine.” 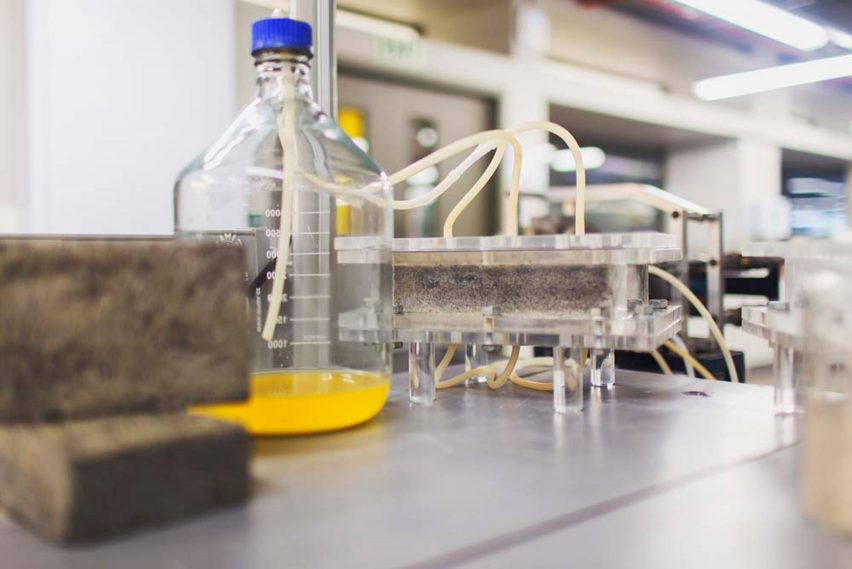 Urine is collected using a special fertiliser-producing urinal. Randall says there are hurdles to scaling up the idea — such as how to collect from people who don’t use urinals — but fortunately, another of his masters students is working on the transport logistics of urine collection and treatment.

Engineers around the world have turned their attention to bricks that are grown rather than manufactured in an attempt to lower the carbon footprint of construction.

A MoMA PS1 gallery pavilion by The Living in 2014 featured towers built from bricks that were grown from corn stalks and mushrooms.

Mushroom mycelium is a perhaps the most celebrated of these bio-materials, featuring in experimental structures like the MycoTree exhibited at the Seoul Biennale of Architecture and Urbanism and the Shell Mycelium pavilion in India.

List of Free PMP Mock Exam
Join us on Telegram