you are here Accueil | ENGINEERING ARTICLES | Civil Engineering Articles | SURVEYING | What is LIDAR? How it works? 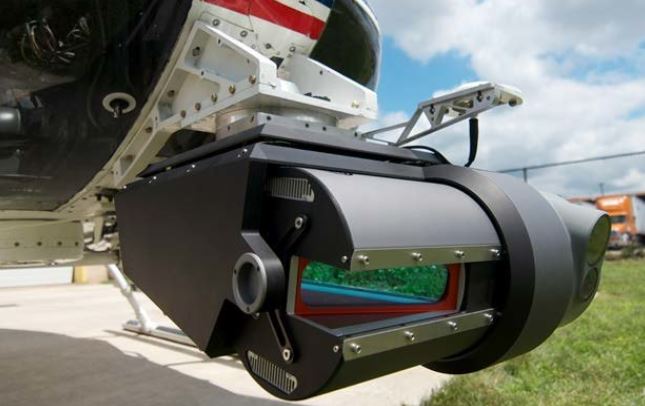 What is LIDAR? How it works?

11 July 2021 Off By The Engineering Community

What is LIDAR? How it works?

For the record, there are different ways to collect LIDAR data: from the ground, from an airplane or even from space.

The four parts of LIDAR Sytem:

To understand how lasers are used to calculate height in airborne LIDAR, we need to focus on the four parts in the system.

First, the airplane contains the LIDAR unit itself which uses a laser to scan the earth from side to side as the plane flies. The laser system uses either green or near infrared light because these wavelengths or types of light reflect strongly off of vegetation. 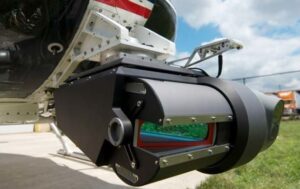 The next component of a LIDAR system is a GPS receiver that tracks the altitude and X,Y location of the airplane.

The GPS allows us to figure out where LIDAR reflections are on the ground. 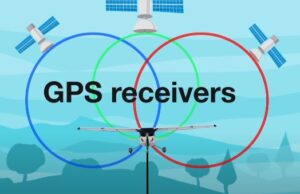 The third component of the LIDAR system is what’s called an inertial measurement unit or IMU.

The IMU tracks the tilt of the plane in the sky it flies which is important for accurate elevation calculations. 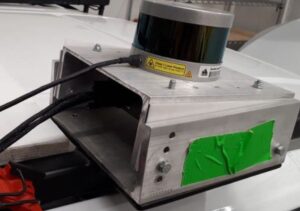 Finally, the LIDAR system includes a computer which records all that important height information that the LIDAR collects as it scans the earth’s surface.

How these four parts of the system work together to get fantastically useful later dataset?

The laser in the LIDAR system scans the earth actively emitting light energy towards the ground. Now before we go any farther, let us get two key LIDAR terms associated with this emitted light energy out of the way.

First, let’s define the word “pulse”. A pulse simply refers to a burst of light energy that is admitted by the LIDAR system.

And second, lets define the word “return”. Return the first reflected light energy that has been recorded by the LIDAR sensor. 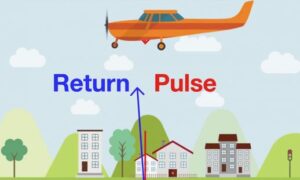 Pulses of light energy travel to the ground and return back to the LIDAR sensor.

To get height the LIDAR system records the time that it takes for the light energy to travel to the ground and back. The system then uses the speed of light to calculate the distance between the top of that object and the plane.

To figure ground elevation, the plane’s altitude is calculated using the GPS receiver and then we subtract the distance that the light travel to the ground.

There are two more things in a LIDAR system to consider when calculating height. First, the plane rocks a bit in the sky as it flies due to turbulence in the air. These movements are recorded by the inertial measurement unit or IMU so that they can be accounted for when height values are calculated for each LIDAR return.

An airborne system scans the earth from side to side to cover a larger area on the ground when flying. So while some light pulses travel vertically from the plane to the ground or directly at nadir, most pulses leave the plane angle or off nadir. The system needs to account for pulse angle when it calculates elevation.

How a LIDAR system works?

The LIDAR system emits pulses of light energy towards the ground using a laser, it then records the time it takes for the pulse to travel to the ground and return back to the sensor. It converts this time to distance using the speed of light.

The system then uses the plan’s altitude, tilt, and the angle of the pulse to calculate elevation. It also uses a GPS receiver to calculate the object’s location on the ground.

All this information is recorded on that handy dandy computer also mounted on the airplane.