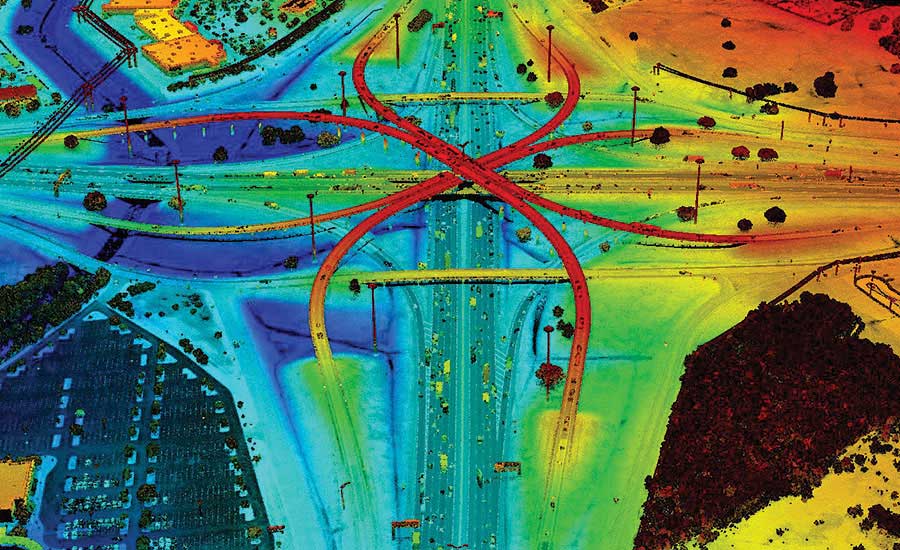 How Accurate is LiDAR?

1 December 2018 Off By The Engineering Community

How Accurate is LiDAR?

LiDAR is an acronym for Light Detection and Ranging. It is an active remote sensing technology that measures distance by illuminating a target with a laser and analyzing the reflected light. It is similar to RADAR but instead of using radio signals, it uses laser pulses. LiDAR depends on Infrared, ultraviolet and visible rays to map out and image objects. By illuminating the target using a laser beam, a 3D point cloud of the target and its surrounding can be generated. Three types of information can be obtained using LiDAR:

The initial attempts were made in the early 1930s to measure the air density profiles in the atmosphere by determining the scattering intensity from the searchlight beams. LiDAR was first created in 1960 shortly after the invention of the laser. The very first initial attempts at LiDAR were made by combining the laser-focused imaging with the ability to calculate distances by measuring the time for a signal to return using appropriate sensors and data acquisition electronics. The first LiDAR application came in meteorology where the National Centre for Atmospheric Research used it to measure clouds.

LiDAR’s accuracy and usefulness was made available to the public first in 1971 during the Apollo 15 Mission. During this mission, astronauts used a laser altimeter map to obtain the correct topographical representation of the moon. The first commercial airborne LiDAR system was developed in 1995.

The accuracy of LiDAR technology is no longer in doubt. LiDAR applications varies in a number of fields across all industries in the world. The most common application of LIDAR is in the field of forestry and agriculture and most recently in the field of autonomous cars. In considering driverless cars, for instance, the accuracy of LiDAR is guaranteed in the sense that manufacturers of these cars trust the technology to maintain order and avoid any incidences on the road. Autonomous cars depend on the laser pulses to measure the distance between the vehicle and any proximate vehicle. The laser pulses are transmitted at the speed of light towards an object and the time taken for the laser pulses to hit the target is recorded. The laser pulses are consequently reflected back to the transmitter and the time taken for the reflected pulse to hit the transmitter is also recorded.

A better understanding of the accuracy of LiDAR is perhaps best described on the speed guns often used by cops. The speed guns employ the use of LiDAR technology to determine accurately the speed of approaching vehicles. Previously, radar was used to acquire these speeds but the accuracy of the system was always in doubt. Radar shoots out a short, high-intensity burst of high-frequency radio waves in a cone-shaped pattern. Officers who have been through the painfully technical 40-hour Doppler radar training course know it will detect a variety of objects within that cone pattern, such as the closest target, the fastest moving target or the largest target. Officers are trained to differentiate and properly match targets down range to the radar readings they receive. Under most conditions, skilled users get good results with radar, and it is found to be most effective for open stretches of roadway. But for more congested areas, locking radar on a specific target is more difficult.

Experts opine that Laser systems are more accurate when it comes to providing traffic and speed analysis as compared to other systems including radar. A laser can point at a specific vehicle in a group while radar cannot. A laser beam is a mere 18 inches wide at 500 feet compared to a radar beam’s width of some 150 feet.

Collaboration is key: How BIM helps a project from concept to operations

Drone LiDAR or Photogrammetry?
Join us on Telegram